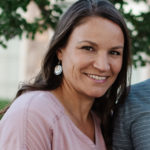 Personal:  Rachelle graduated from Brigham Young University with a BS in Nursing in 2002. She worked as a Labor and Delivery Nurse in Los Angeles while training for the 2004 Olympics. Rachelle is married to Jeff Kunkel, a Pediatric Dentist and Co-Owner of California KiDDS Pediatric Dentistry. They have 5 children, Ryan, Maren, Andrew, and twins Wyatt and Brynn.

Personal Athletic Experience:  Rachelle started diving at age 15 for Hunter High School and with S.L.A.P. Diving in Salt Lake City, Utah. Then dove for Brigham Young University, in Provo, UT. While at BYU Rachelle was the 2000 one meter and three meter MWC Champion, a 2-time NCAA All-American, and won 2 U.S. National Championships.  After graduating from BYU, Rachelle dove with the Trojan Dive Club in Los Angeles, where she earned 3 U.S. National Championships, and a spot on the 2004 U.S. Olympic Team.  At the 2004 Olympics, in Athens, Greece she was a finalist on 3 meter, and finished 9th place. 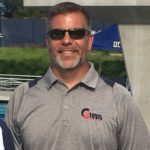 Coach Nate has been coaching with Clovis Dive Club for 4 years. He is also the Diving Coach for Clovis West High School. He is passionate about diving and all things inducing adrenaline. He has a special ability to work with and motivate kids. 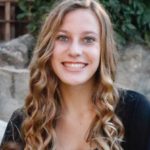 Ashley began diving in the 6th grade and has been a member of the Clovis Dive Club since 2012. She has competed as a Varsity diver for all 4 years of high school and is the school record holder at Clovis North HS. Throughout her years, she has been team captain, most valuable diver, and a scholar athlete. She attended Biola University in 2019. She is pursuing a degree in Nursing while competing for the Biola Swim and Dive Team.  Ashley loves teaching beginners proper diving technique and helping them become better athletes. 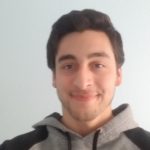 Xavier is a collegiate athlete for Mckendree University, IL. He was a graduate of Clovis West High School, class of 2018. He has been diving for 7 and a half years. I appreciate hard work and ethic. And I love cookies!